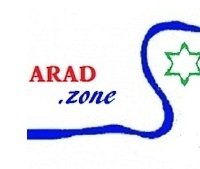 Being passionate about geography, history, English, - and because the closest faculty of this kind at that time was located far away in the city of Cluj, I decided to attend the courses of the Faculty of Legal Sciences from Arad, being licensed in 2000.

But the initial passion remained; as a result in 2005-2006 I attended the course of Tourism Management organized by THR-CG Bucharest in Timisoara. In 2010 I obtained my Master's Degree in the specialty of Modern Languages applied in business.

In 2017 I participated at the specialization courses in the field of librarianship (2nd module) held at the Cluj County Library which were to end with a graduation exam consisting of three tests, one of which was the writing of a paper on a topic chosen by the candidate.

Animated by an undisguised local patriotism, after studying several specialized books I chose to approach the history of Arad and to present it very succinctly in the paper entitled "Arad - multiculturality and model of cohabitation".

Coming from a mixed Romanian-Hungarian family, I grew up in a neighborhood of Arad in which almost all the inhabitants were speaking in Romanian, Hungarian and German, and some of them even in Serbian; without paying too much attention to this state of affairs, which was considered a common thing in everyday life. Thus I learned from childhood that reciprocal respect and mutual knowledge were the key to good coexistence between people belonging to different nationalities, cultures or confessions. I realized later, in the years of maturity, that Arad has a strong multicultural tradition that deserves to be promoted and continued.

Thus I decided to publish my paper online, to which; with thorough study, a lot of work, at my own expense and with the help of my collaborators, I added new chapters in the last two and a half years. Without lack of modesty, I believe that this blog is a valuable resource accessible and made available for free to those interested about the city of Arad and the surroundings, many of the topics presented beeing translated and published for the first time in Romanian.