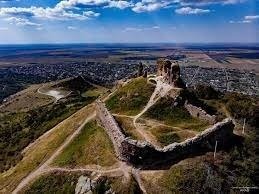 The moment I chose the course of history was the moment when I wanted to discover everything that the fortress of Șoimos, located 15 km away from the house, can present. This curiosity of mine appeared after an incident, starting from a simple hike with my friends, 9 years ago. The fact that I wanted to study history in a faculty strengthened my conviction to do a paper regarding this fortress, but I followed the path of the profession for which I prepared at the Pedagogical High School in Arad. Nothing was accidental, because I could see in the distance, on my daily journey to the school where I work, another fortress, the one in Șiria, which seemed like a mountain peak in the distance. It took me a while to realize that on my summer road to Moneasa resort, there was at the top of a hill, a ruin in the true sense of the word, some huge boulders at first sight.After my first humble research, I found out that those traces were what was left of the towering fortress of Dezna, about which very few people knew anything. Șoimos,Șiria și Dezna were on my list of mysterious tourist attractions. Before reaching the final idea of debating these three cities, in the bachelor's thesis, I wanted to present only the Șoimoș fortress, especially since it is very close to my locality. The problem I faced was the lack of written sources to help me get the job done the way I dreamed. This hindrance only extended my vision to the other two cities mentioned earlier. I found out they were sister cities and I wanted to know why. Everything I learned is in this thesis. But what was the purpose, nevertheless? I allowed myself the freedom to give this work a precise purpose: to spread all that lies behind these ruins, left to the will of time. 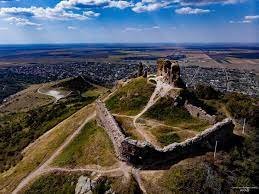 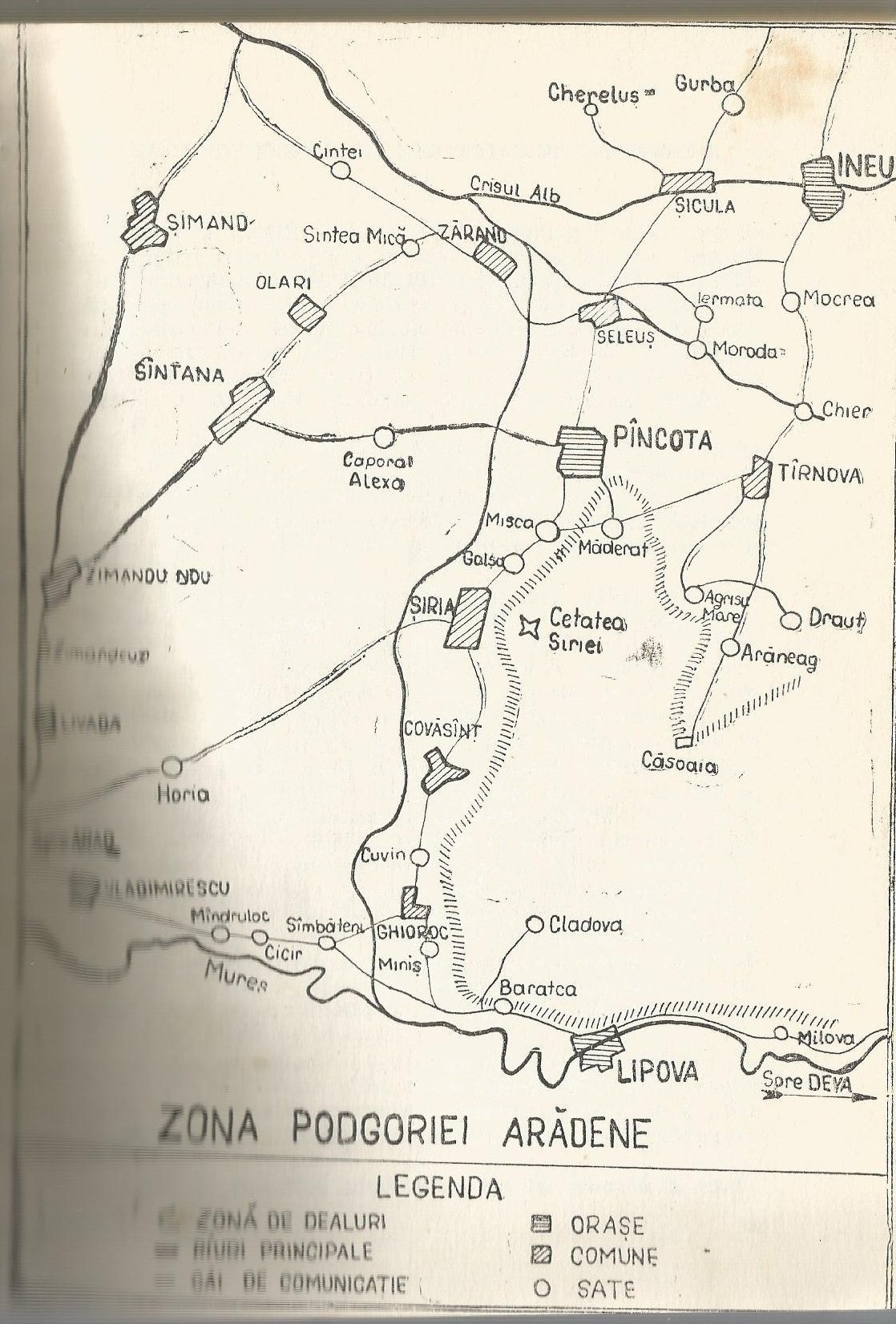 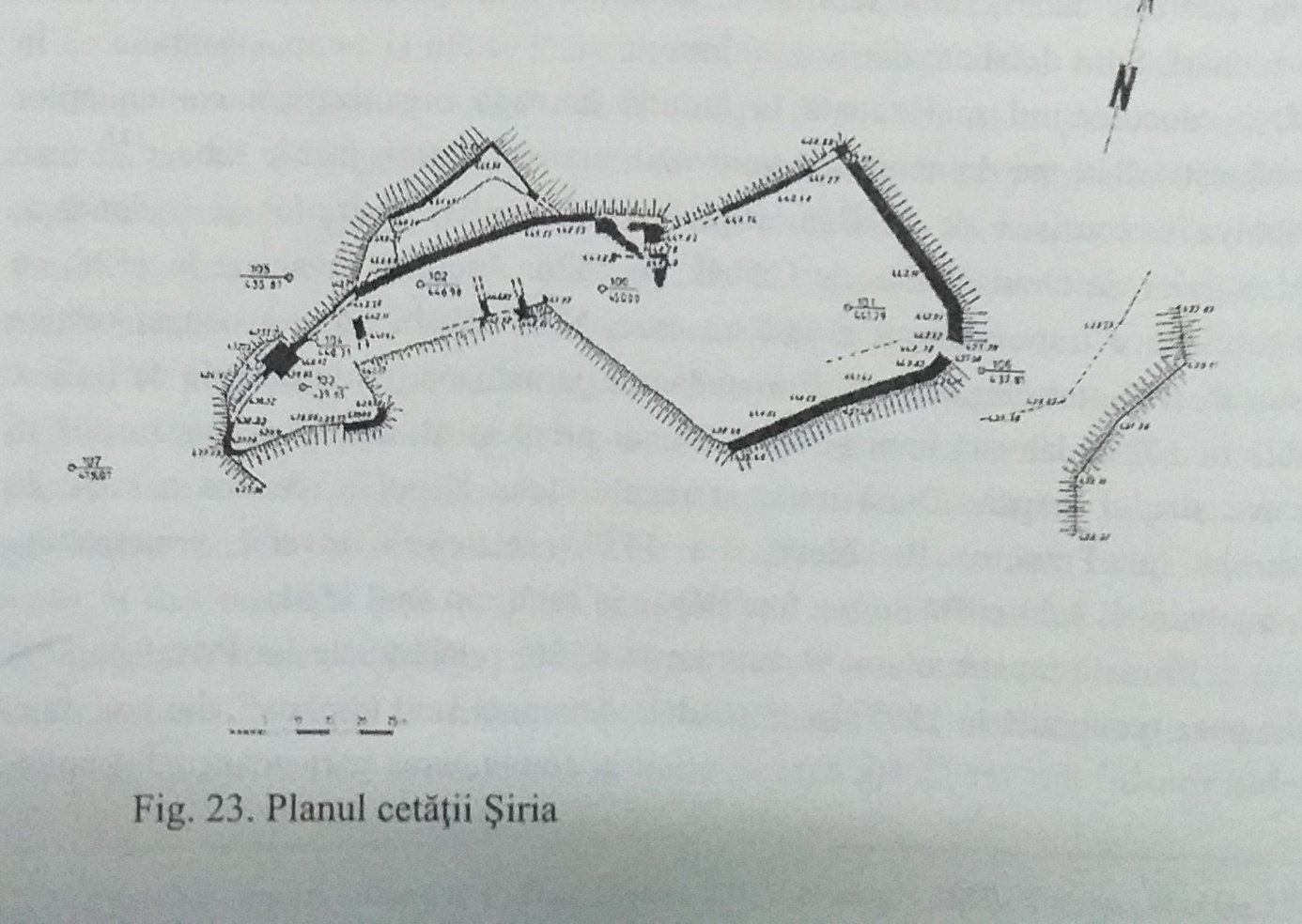 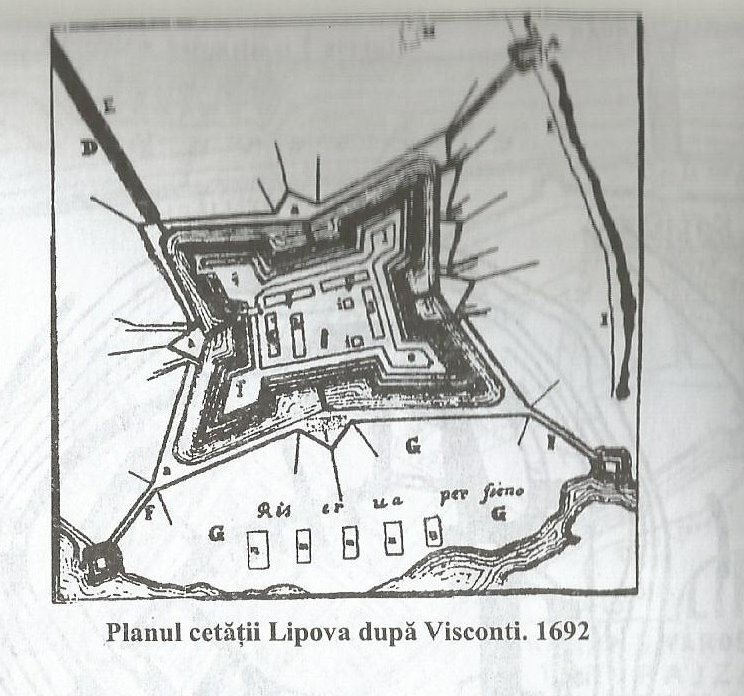 Documentation For me, it was a very difficult process due to the new conditions imposed by the pandemic and more. A.D. Xenopol Arad County Library helped me a lot in terms of documentation. Although I found several written sources, the older, the more important, I could not get in possession of them because of the library's policy. The Lipova Library (as a possible source of written sources for Șoimoș) did not have any books or documents available, the explanation being the lack of access to the library bunker.

Comparation and Research It helped me to establish the similarities and differences between our medieval cities. The concrete research on the spot was the most interesting experience, from which we were able to establish these comparisons, and the photos taken support this.

Oral questioning The interviews helped a lot in establishing the relationship between documentation and field research, as a result of which the comparison took place. The process was completed due to the collaboration with the representatives of the local authorities from Șiria and Dezna communes. Regarding the Șoimoș fortress, the interview was given by a representative of the Lipova City Library. Are there any novelty elements in this thesis, elements that would arouse the interest of the public? Not only does it present novelty elements, the work is a novelty in itself. I support this because of the authenticity brought by the interviews, the connection created between the past and the present, which makes the work even more interesting and attractive.

B. Strategic and construction considerations

D. The history of the fortress-Archaeological evidence

H. Reoccupation of Șiria by the Turks 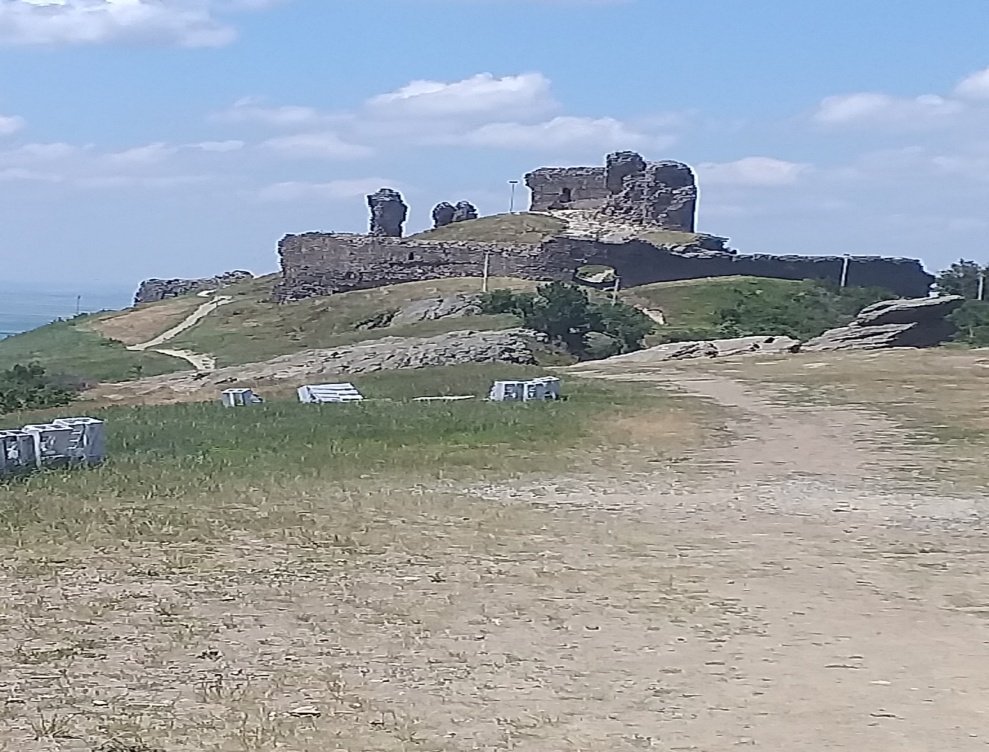 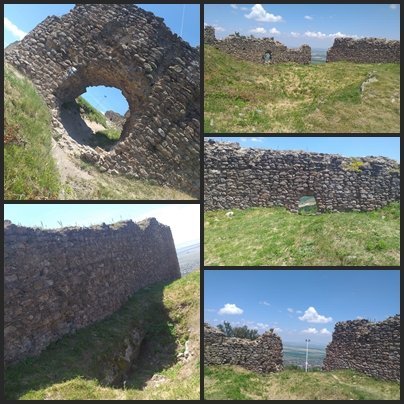 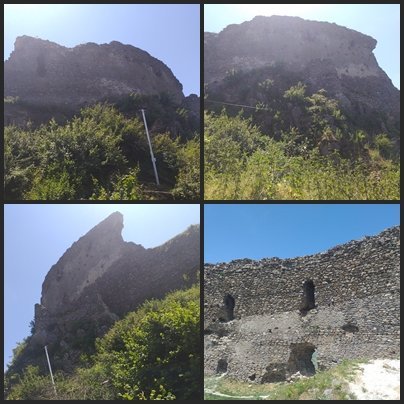 The citadel of Șiria was documented in the 14th century, as the residence of a principality. The first documentary mention of the fortress is made in 1318, being a royal fortress of the 14th century. The importance of the Șiria fortress, from the point of view of defending the western border of Transylvania, makes Iancu de Hunedoara personally visit the area to be convinced of this aspect, in 1445. In 1446, the fortress came into the possession of Matei Corvin, after his father's death. The operations led by Mihai Viteazul led to the weakening of the Turkish rule at the end of the 16th century, in this area. After the terror endured by the Turkish rule, the city of Șiria feels almost the same tension under the Austrian one. The many battles that have led to its weakening of the defense, have led to a decrease in the strategic importance for the security of the entire area. Two interesting and contradictory aspects I encountered here: a newly launched paraglider, as the administrator told me, but also a dangerous local, unrecognized by the authorities: a viper While researching the area, I heard some shouts, and not small -I was surprised to find out that it was a snake, about which the boy who was trying to kill him claims that it was a hornless viper, but just as dangerous. This is the only impediment that can be encountered here.

B. Strategic and construction considerations

D. The revolt of Gheorghe Doja 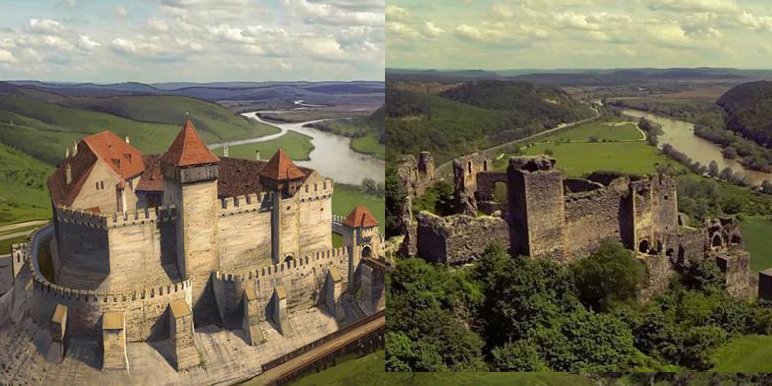 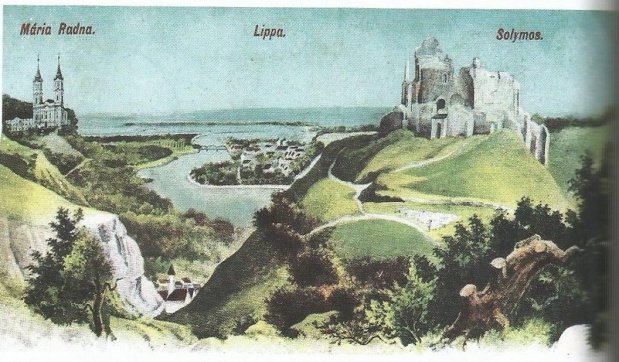 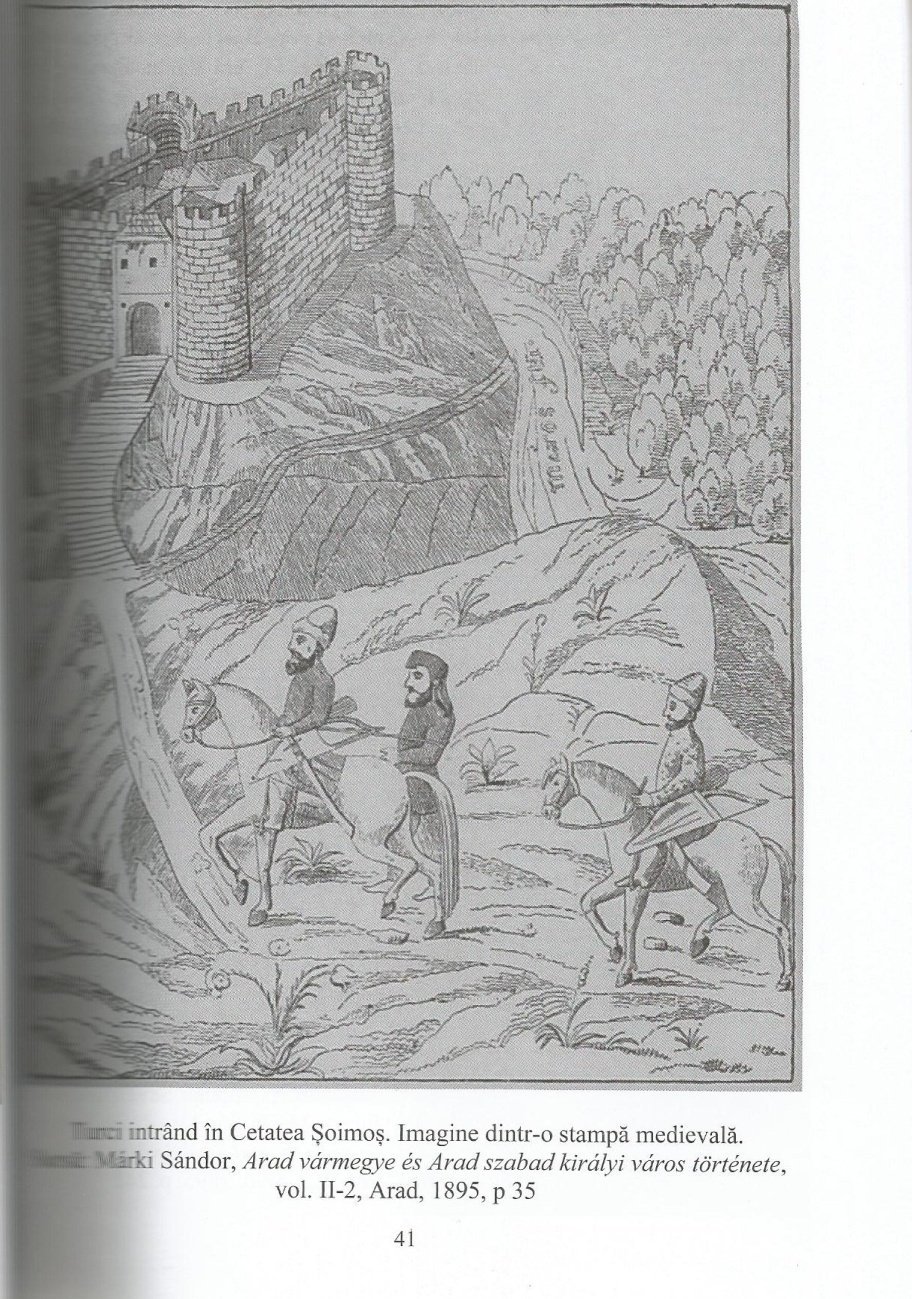 The medieval fortress dates from the beginning of the 13th century, being destroyed by the Tartars in 1241 and rebuilt by King Bela IV, becoming a royal fortress. Soimos Fortress was built after the invasion of the Tartars, so after 1241, having the role of defense, first of all of Lipova. Between 1440-1446, the fortress was completely rebuilt by Iancu de Hunedoara. It acquires a special importance under Ioan Zapolya who installed his capital here for a while. It turns out that in 1514, Gheorghe Doja occupied the fortress of Șoimos and Lipova together with the rebels, although for a short time, because in 1527, they passed under the name of Ioan Zapolya. Between 1541 and 1542, Queen Izabella and her son, the Zapolya family, settled in the Falcon Fortress. Izabella was said to be living a messy life within the city walls, a rumor that immediately spread around. In 1595, the fortress was saved by Sigismund Bathory's army commander. At the same time, in Călugăreni, Mihai Viteazul defeats the Turks and then conquers Transylvania, reaching Lipova, where he puts in place Romanian paratroopers. In 1717, Lipova was liberated from the Ottomans, but captured as an object of Habsburg rule. The Șoimoș Fortress is to be targeted by Francis Joseph II in 1768. 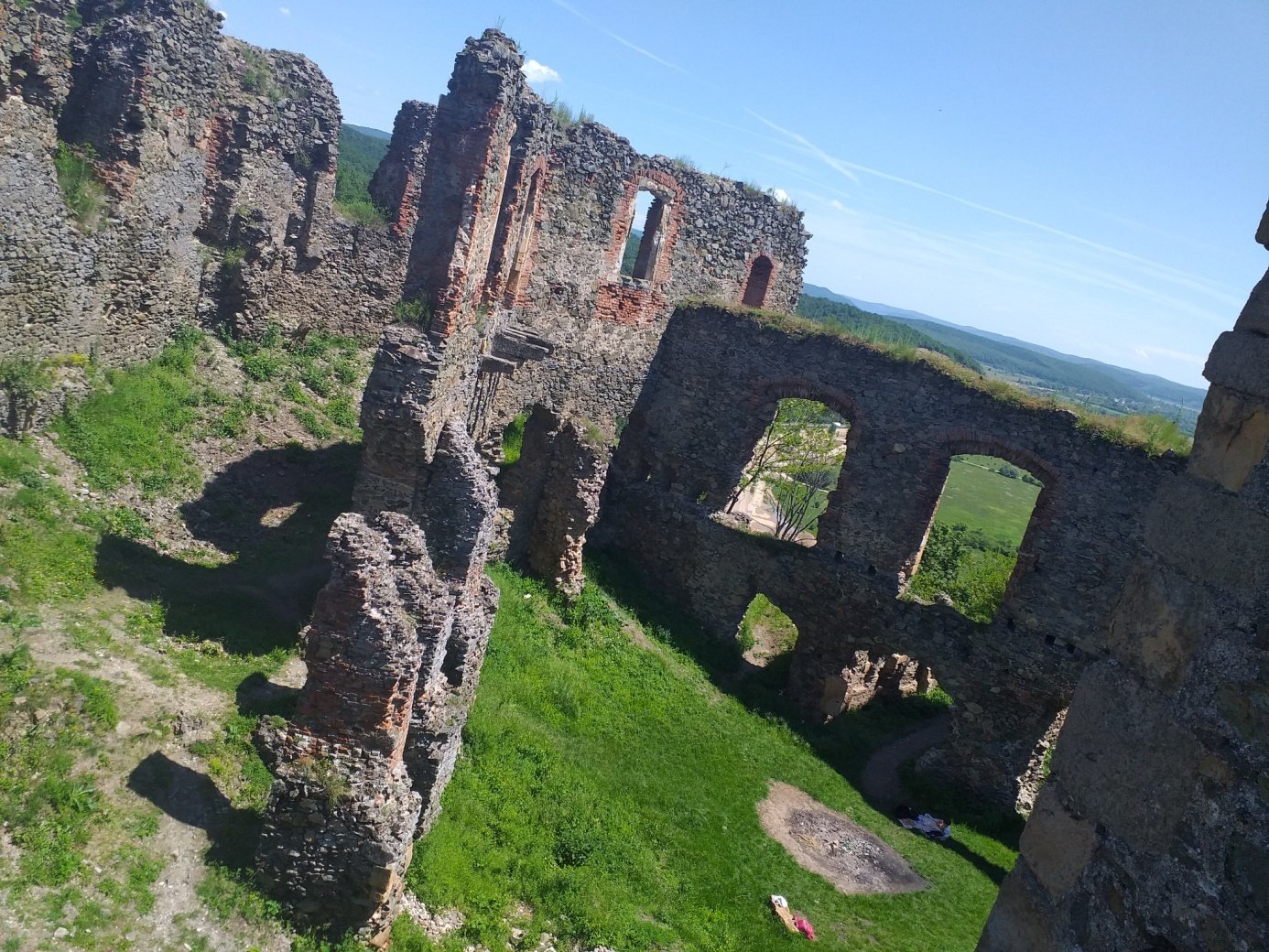 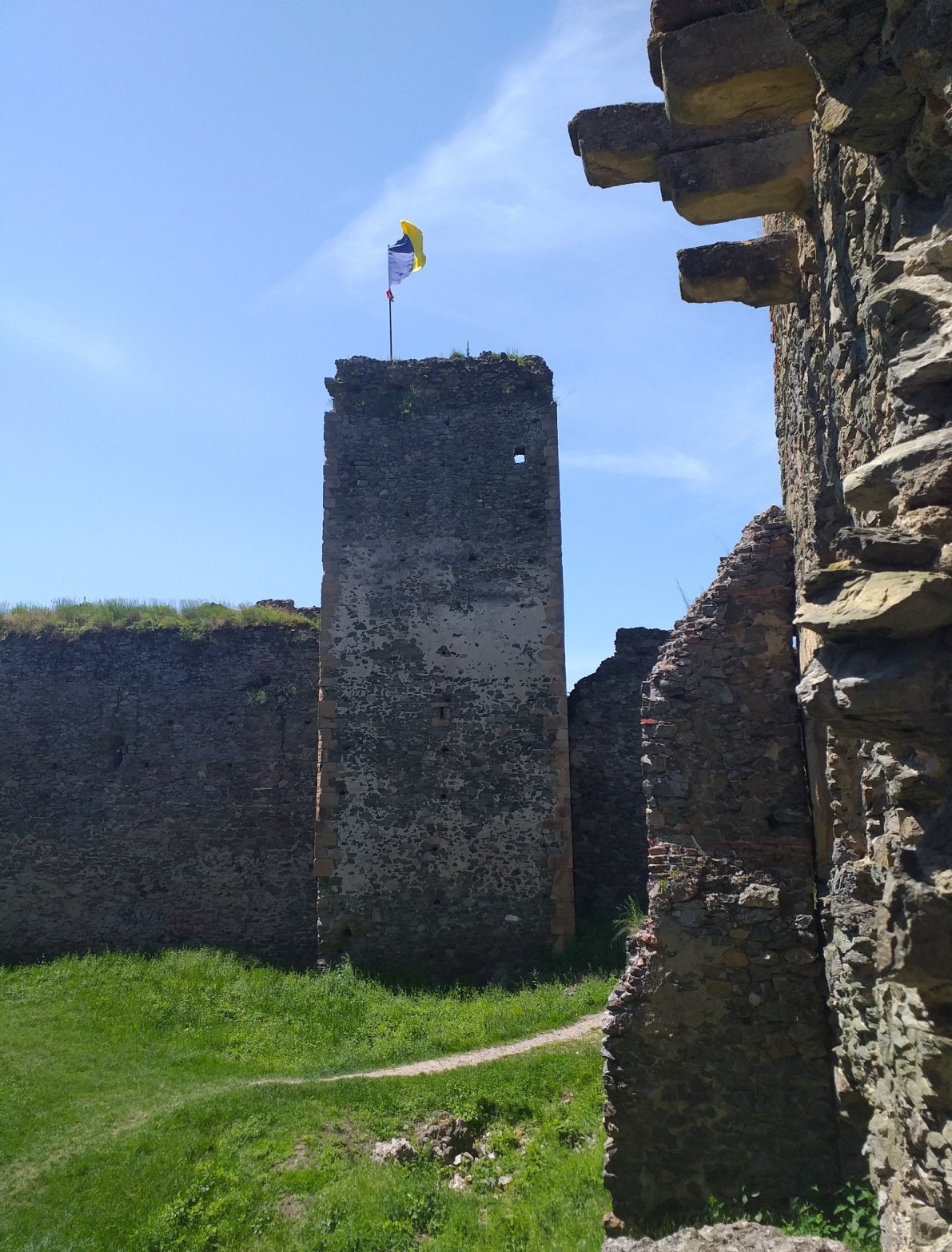 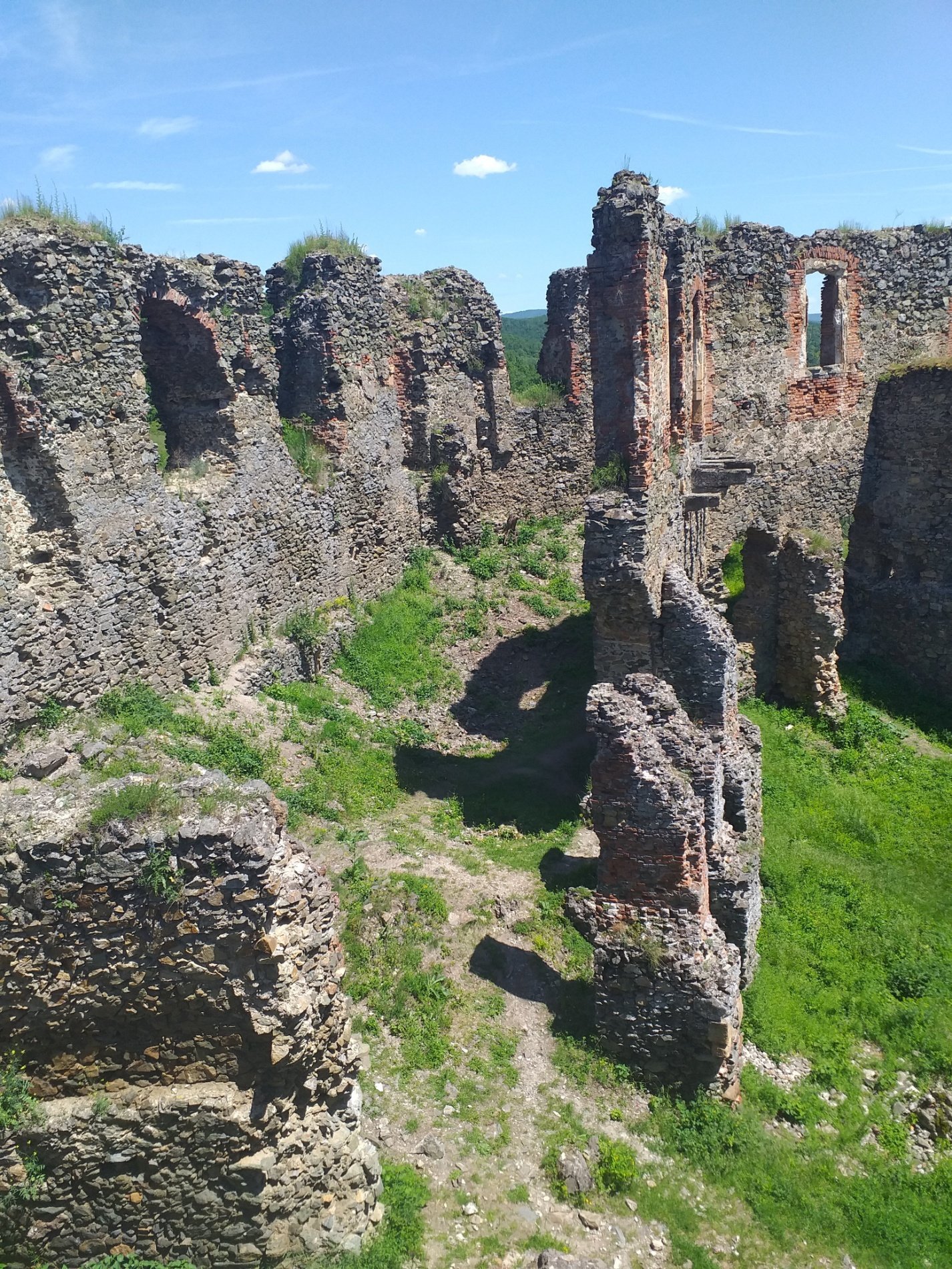 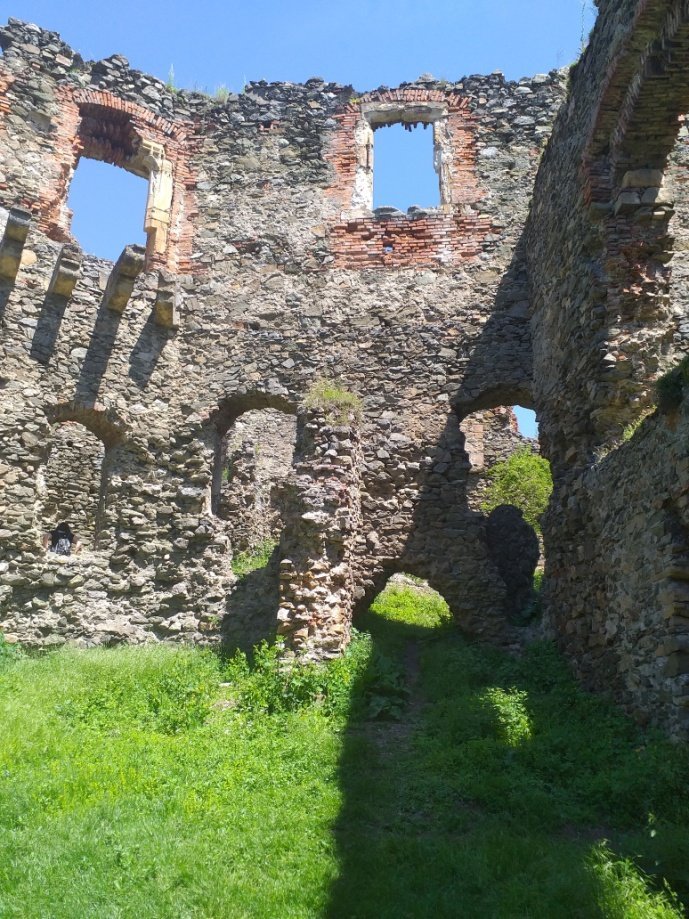 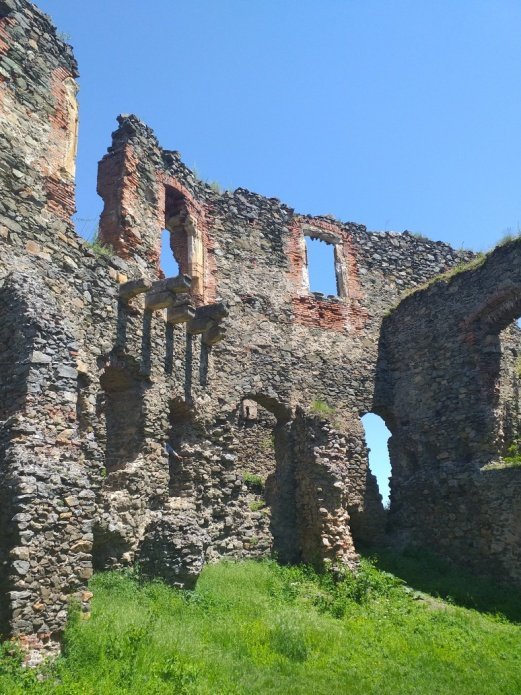 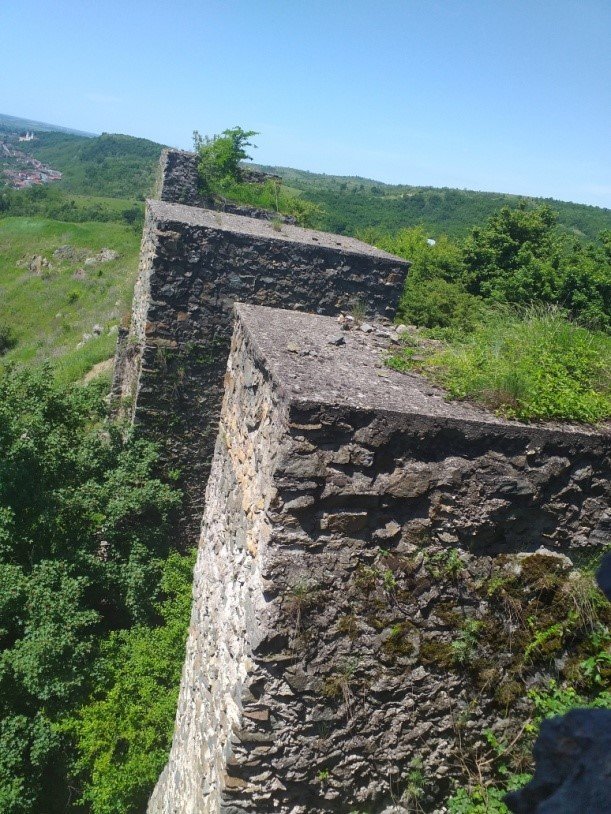 A. Zărand County in the 14th century 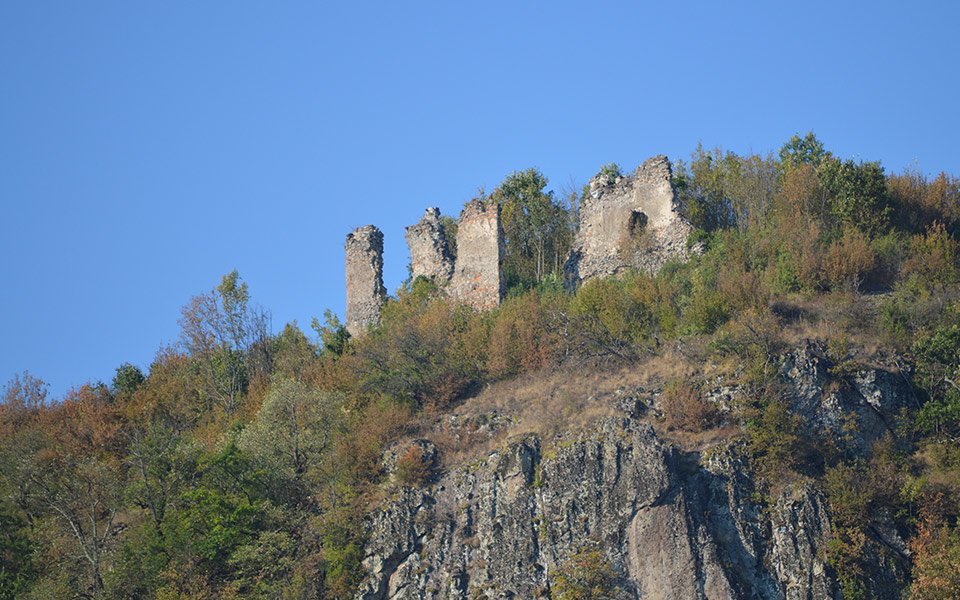 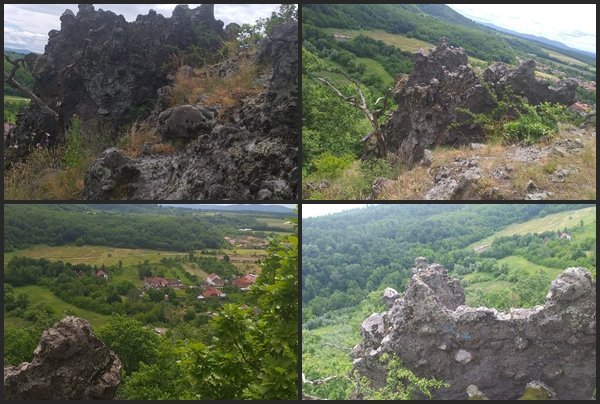 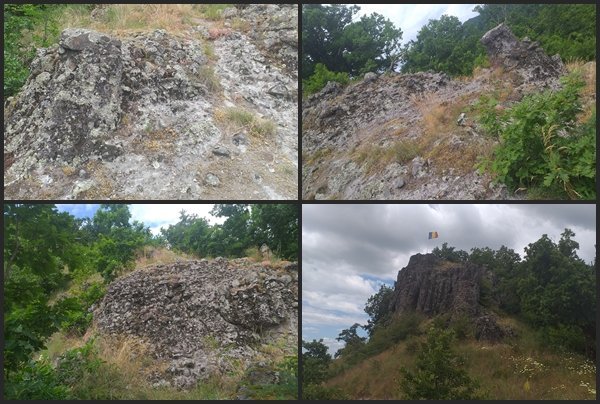 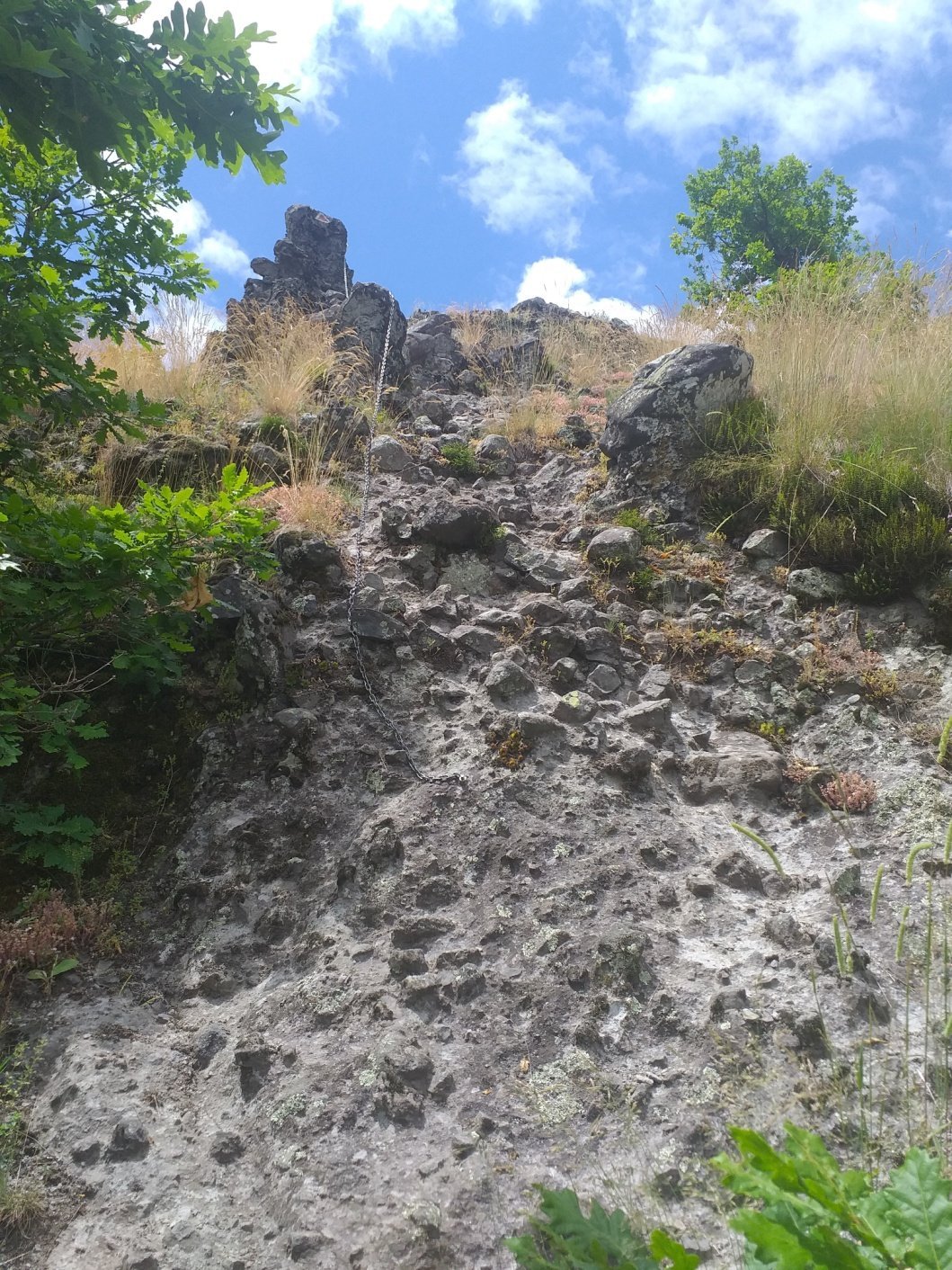 Dezna would be a fortress if, although its name is Slavic. Documents related to Dezna fortress In general, little is known about the fortress, but it is certain that it was built in Dacian times, after which it was destroyed and rebuilt every time it was conquered. From this starts the idea that the fortress would have a legend that gives the identity of Decebalus. He would have built the fortress, giving it a name similar to his. The date of the ancient fortress of Dezna is not known for sure, as it was not within the scope of archaeological research. Historical events after the 13th century would have encouraged the kings of Hungary to consolidate the fortress, using it as a "royal fortress". Ioan Sigismund Zapolya, in 1565, occupied the fortress of Dezna, which he offered as a reward for defense and bravery in battle, to Bebek George in 1566. Between 1599-1600, the fortress was under the leadership of Gașpar Kornis, a trusted man of Michael the Brave, whom he helped to get through these places on his way to Prague. From 1658, when it was recaptured by the Turks, the fortress disappeared as a fortification in the following period. From 1648 it becomes a real ruin. It was finally liberated in 1693, being destroyed by the attacks of the defeated.

Following what I have presented, from the documentary level to the actual reality of today, I strongly believe that the citadels of Șiria, Șoimoș and Dezna deserve to be promoted. From the point of view of the cultural and historical heritage of the three medieval fortifications in Arad County, it depends on the involvement of decision-making institutions, their promotion, and I, in the presented work, want to promote and transmit, in the most original and current way. the value, still completely unknown, of the three "sisters", Şiria, Șoimoș, Dezna.

Read the full version in Romanian at: