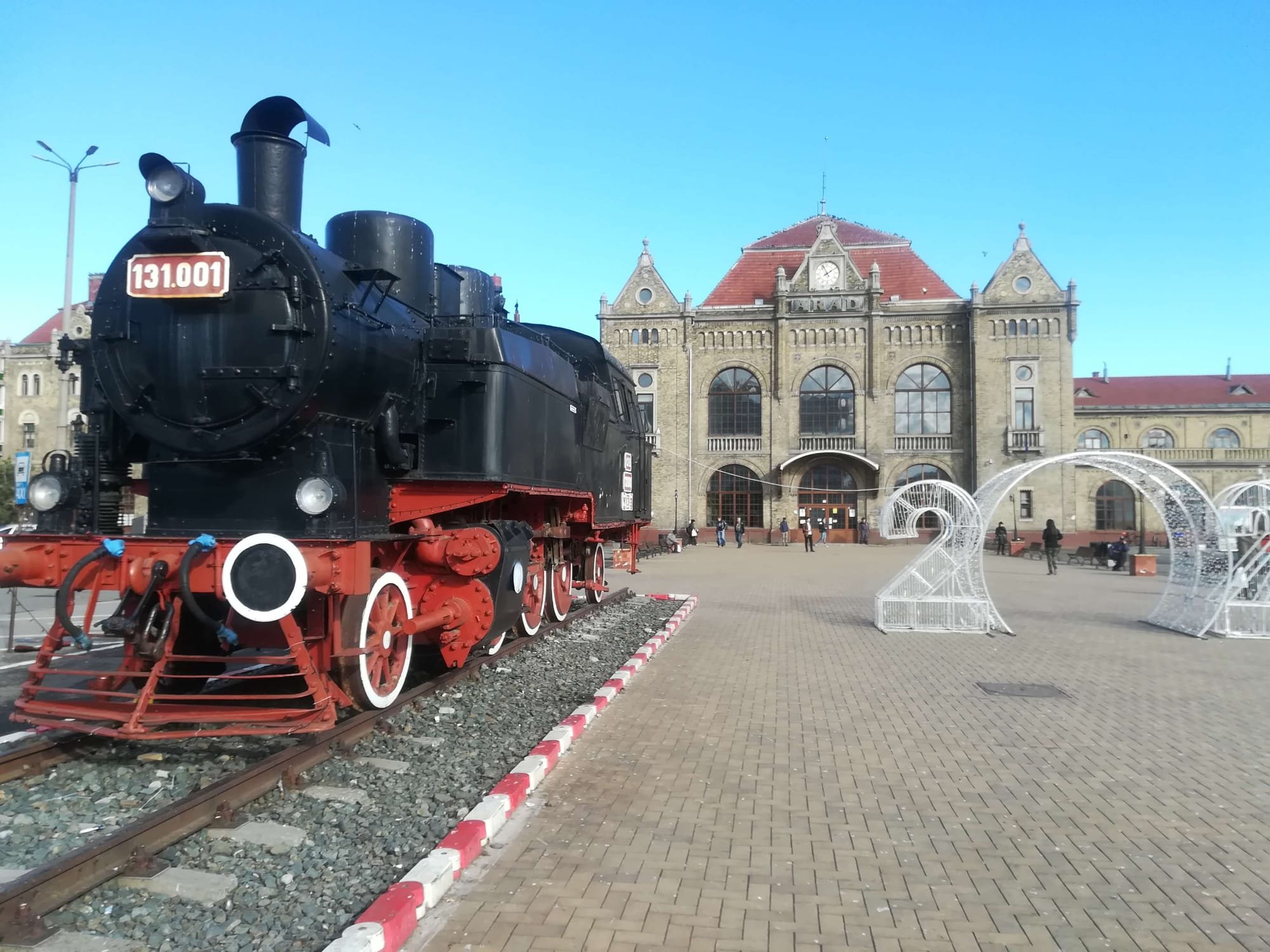 The city of Arad is an important railway hub included in the 4th pan-European corridor, having 8 directions for domestic traffic: towards Alba Iulia-Bucharest, Oradea, Timișoara, Brad, Nerău, Valcani, Cenad and Nădlac and two directions for international traffic: Curtici-Budapest-Vienna and Periam-Jimbolia-Belgrade.

The first railway station building in Arad was inaugurated in 1858 by the Railway Company of the Tisza region, and the first train arrives in Arad on October 25, 1858, with the opening of the new Szolnok-Arad railway. The second half of the 19th century was the epoch of the unprecedented railway development in the Austro-Hungarian Empire, at that time the main railway lines and main stations were being built. Arad was in a privileged position, being practically impossible to bypass due to its favorable geographical location. The first railway station in Arad was built between 1856-1858. The second railway station in Arad was built by MAV (Hungarian Railways) between 1884-1886, having a provisional character. It was located next to the building for "staff management", the only remaining building in operation. It worked until 1909, when it was demolished. 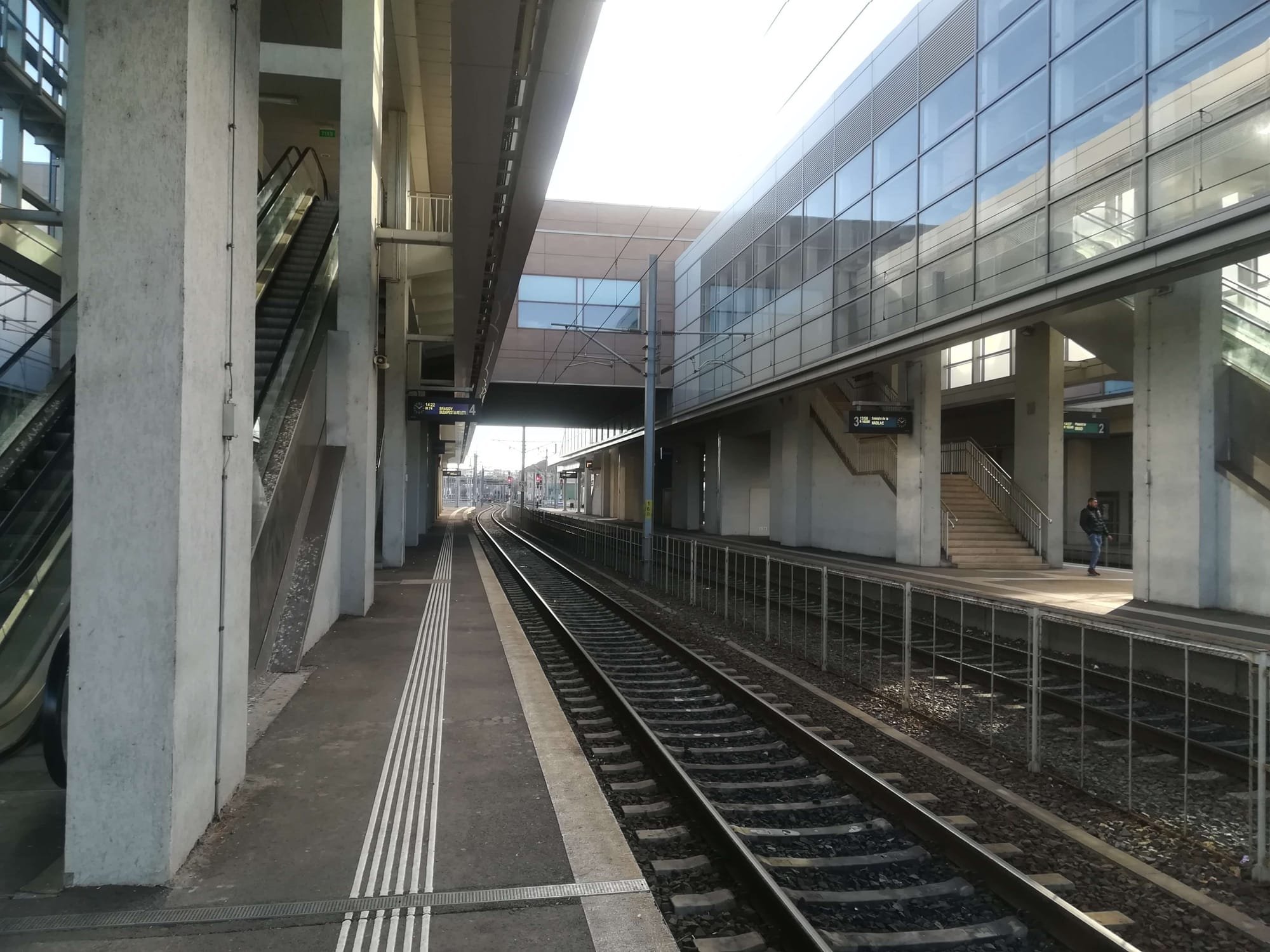 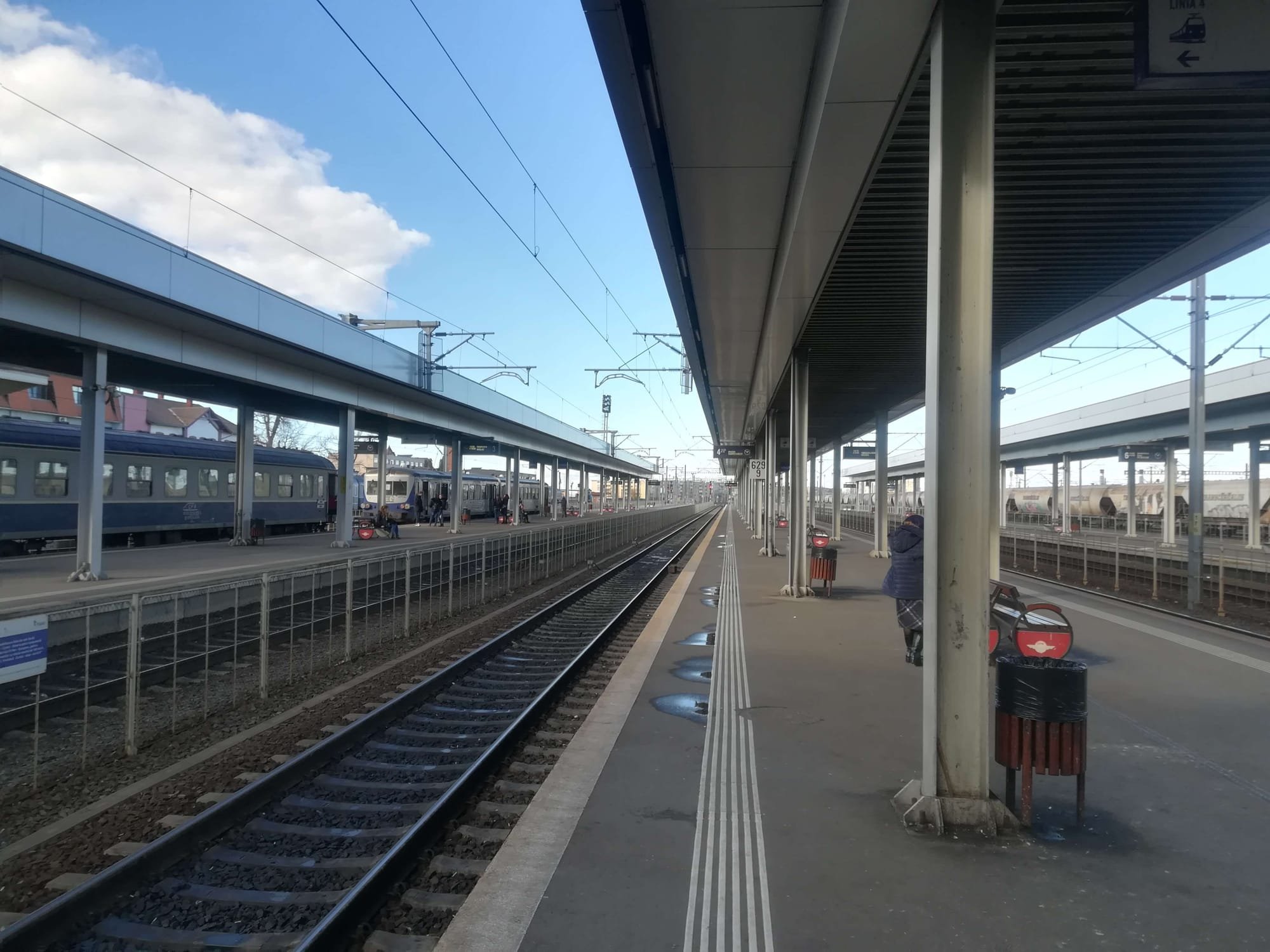 The increase in the number of passengers and the number of passenger and freight trains at the beginning of the twentieth century made the old train station inadequate. In 1904, for example, 32 passenger trains passed through the station daily. The construction of the new station began in 1909 on the site of the old one, being inaugurated in 1910 and brought to its final form in 1913. The new building fulfilled all the conditions of comfort and functionality specific to the period. During this period, many new stations were inaugurated which were built based on standard projects, which in the big cities resembled the existence of the three pavilions, but differed by the elements that decorated the main entrance and by the design of the roofs and domes. In the central pavilion were the ticket offices, and in the side pavilions were the waiting rooms, the luggage services, as well as the carefully furnished restaurants that were among the elite units of the city at that time. The management; the traffic regulation service and auxiliary services were hosted by annexes, and the block at the end of the complex housed the post office, the parcel sending office and the telegraph service.

The new railway station in Arad was completed in almost four years on the basis of the plans designed by the chief architect of the Hungarian Railways (MAV), Pfaff Ferenc (1851-1913). The construction of the railway stations from Kosice, Cluj, Satu Mare, Pecs, Bratislava, Zagreb, Fiume (Rijeka), Gyor, Miskolc, Debrecen, Szeged, Vrsac and others are also linked to the name of this leading specialist. In designing the details of the Railway Station in Arad, the Architectural Office of Ludovic Szantay also collaborated, but the assertion that he was the main designer of the building is incorrect. The Hungarian Railways Society - MAV - was always working with its own specialists. The initial project of 1903 of Arad Station was a really big one, but until its implementation the budget was considerably reduced. According to the report published in the edition from February 1, 1903 issued by the daily newsapaper Aradi Kőzlőny, the Minister of Trade in charge cut with single scratch of pen the financing for all the decorative elements leaving only those that served the comfort of the passengers. However, the new train station in Arad would be one of the most beautiful in the region. The imposing burnt brick facade and wrought iron elements above the main entrance were made in Eclectic Romanesque and Secession style. The station's original façade was severely damaged during the American bombing of July 3, 1944, as well as the successive German bombings that followed in October and November of the same year. The damage was removed and the building was restored and consolidated only between 1950-1953.

Also in 1913 was inaugurated the Palace of Hungarian Railways - later the CFR Palace in Podgoria Square from Arad (currently headquarters of the Railway Technical High School). 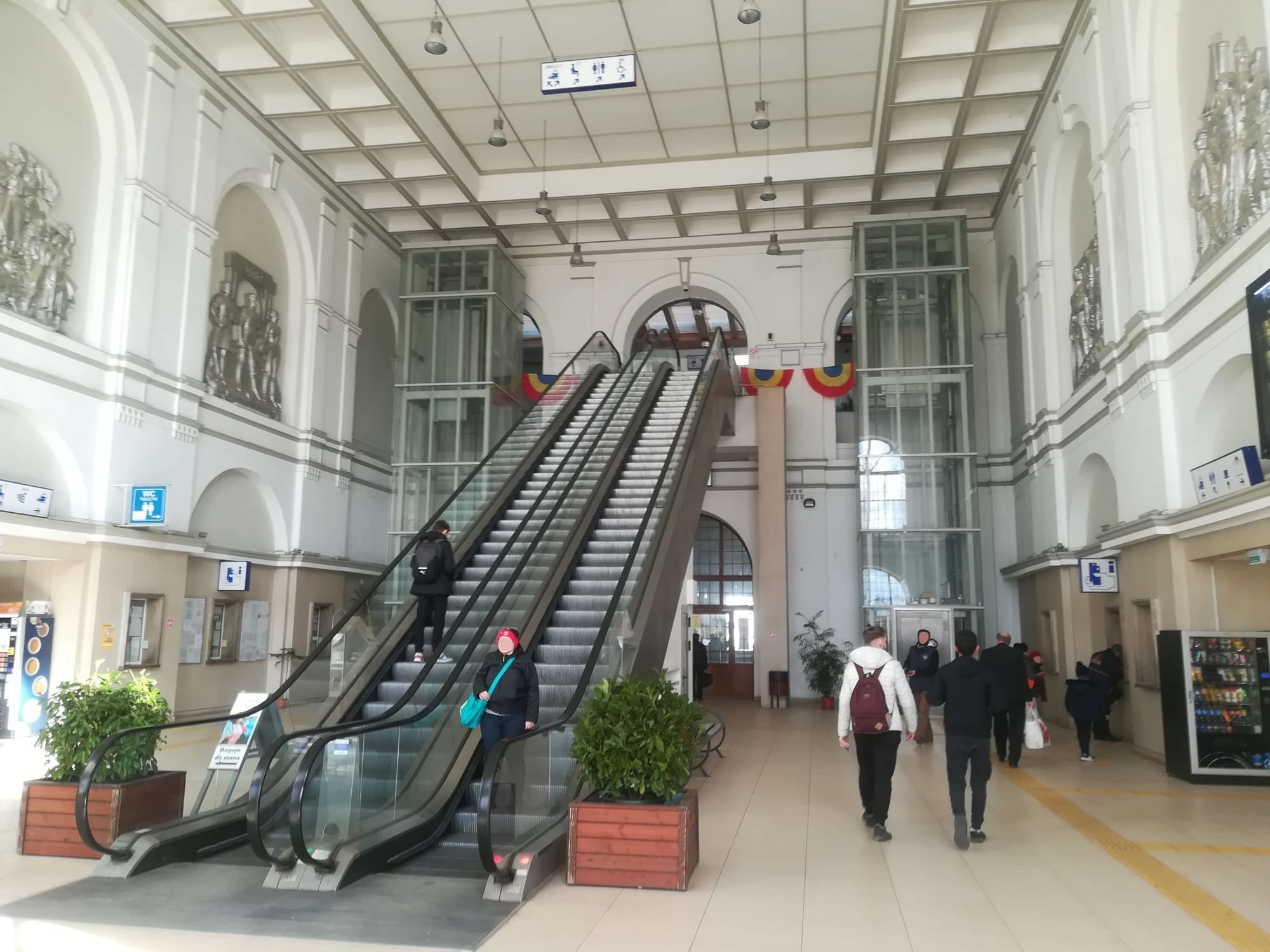 The railway construction in the Arad region reached its peak in the last quarter of the 19th century. Besides the construction of the main railway corridors, the Arad area was characterized by a special effervescence thanks to the efforts of the engineer Boros Beni (Benjamin). At its initiative in 1875 the Arad-Körösvölgy Railroad Society was founded, followed in 1893 by establishement of the Arad-Cenad United Railways Society. The two companies built a railway network in the region totaling 415 km. The other feature that characterized the region of Arad was the construction and inauguration in 1906 of the narrow gauge railway Arad-Podgoria, known by the locals under the name "Green Arrow", which worked until 1991. When it was electrified in 1913 it became the first railway company of his kind in the country. Before the First World War there were only 4 electrified lines throughout Europe (!)

In the second half of the 1960s, Arad Central Station went through small reconstruction and renovation works. An underpass was built to the passenger rail platforms, also covers were built for several platforms, and the inside walls of the main building were decorated with works of art in the style of socialist realism. The decline of rail transport in the last years of socialism has accelerated sharply after 1990. Neither the privatization of the secondary lines, nor even the industrial tradition of the city of Arad - which is from 1891 until nowadays the pole of rolling stock construction, have not been of much help. 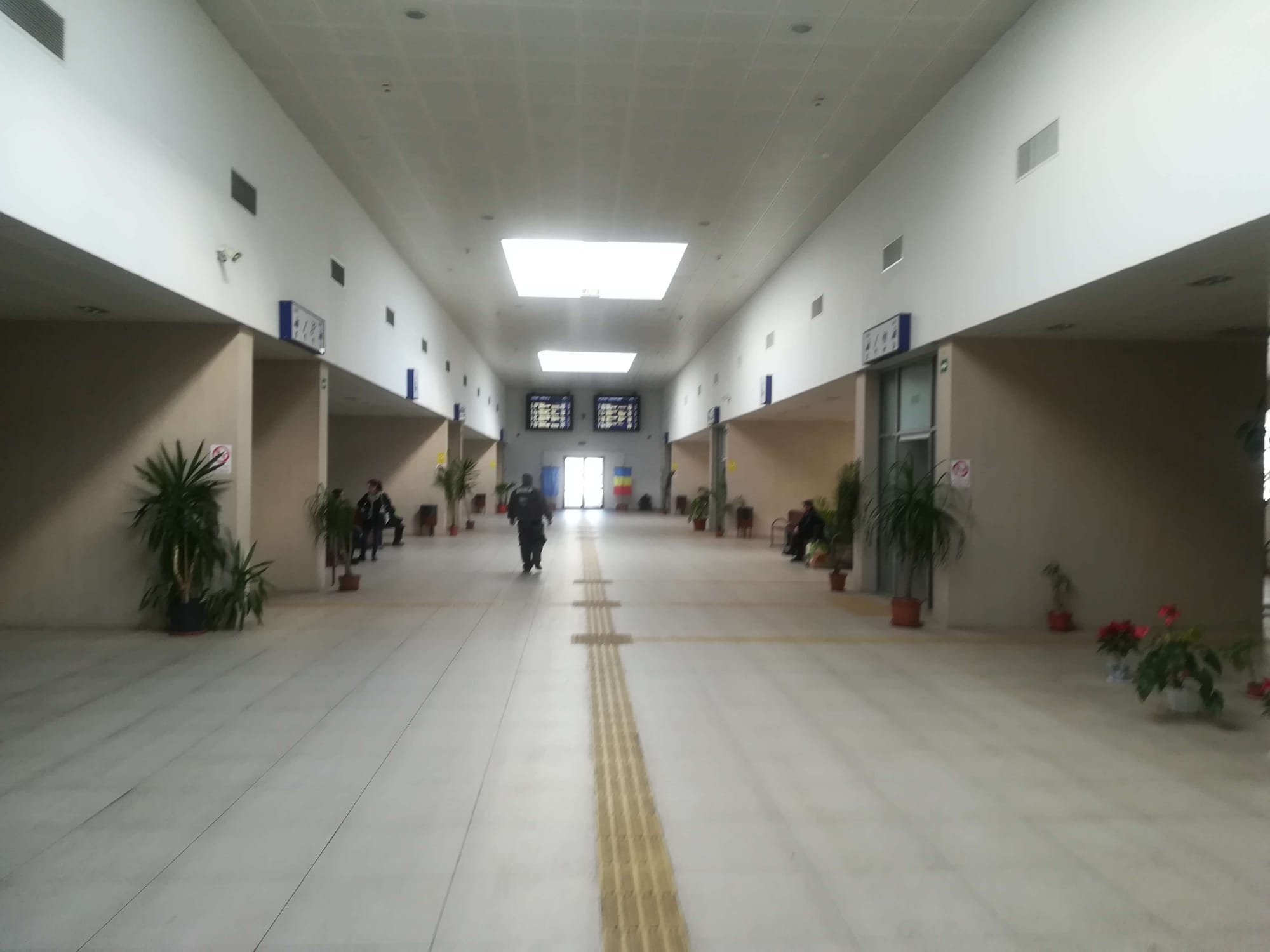 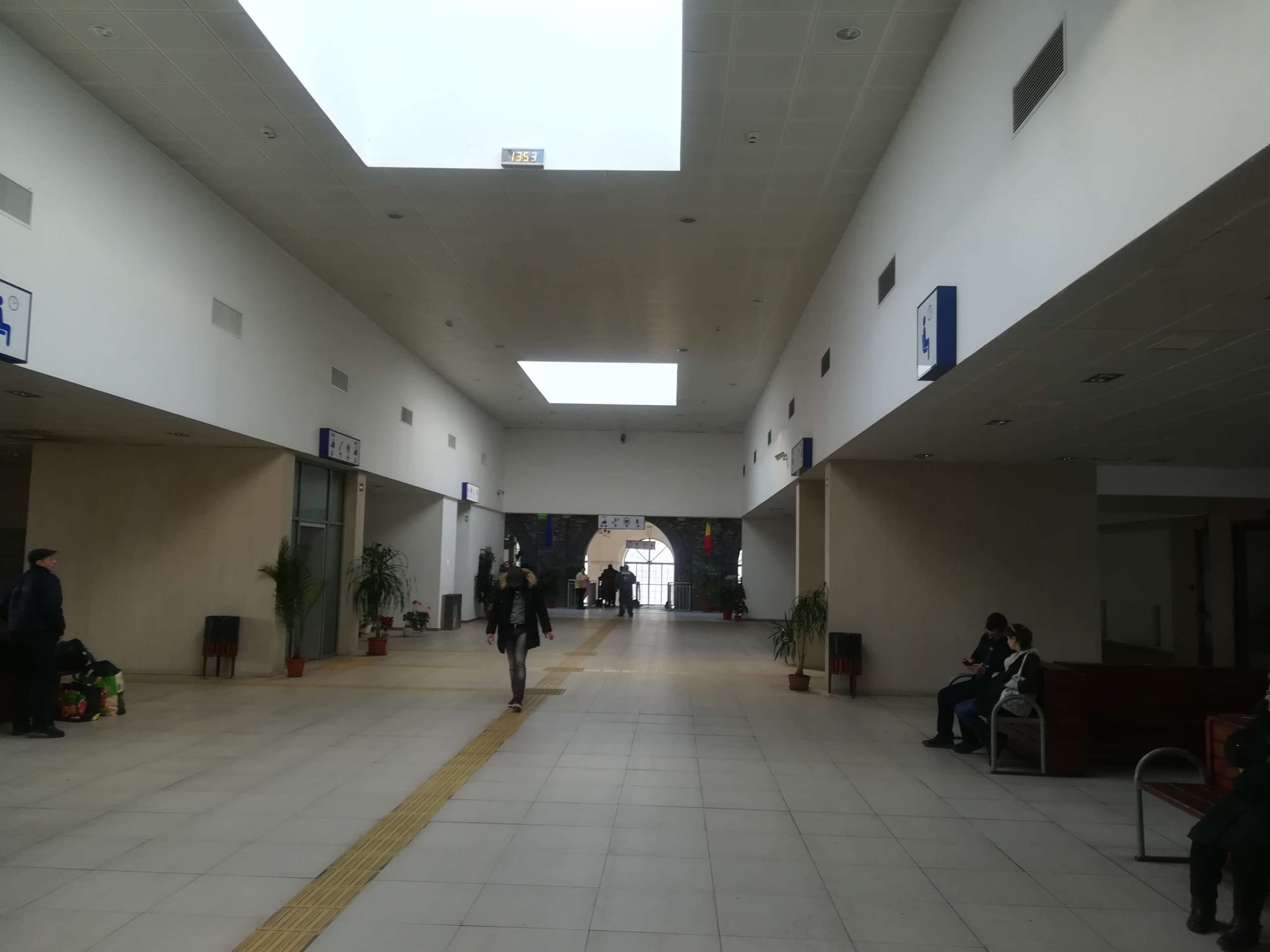 In the 21st century, in the western part of Europe the rail transport is experiencing a new period of rebirth, being the cheapest and most environement friendly means of transportation. In this context, Arad Central Station was a beneficiary of a major project with European funding aimed to modernize the IV-th Rhine-Danube Pan European Corridor in order to ensure cruise speeds of up to 160 km/h.

The modernization works of the Arad Central Station amounted to 334 million lei and took place between March 27, 2012 and December 11, 2015. An overpass passenger bridge was built and connects the platforms and the historic building of the station. . Thus, the underground passages were closed. The walkway has lifts, escalators, but also shops or other types of passenger facilities. Also in the station was built a building for maintenance, which includes technological workrooms, laboratories, offices, archives and warehouses. Also, the platforms have been renovated and a railway traffic management center has been modernized. 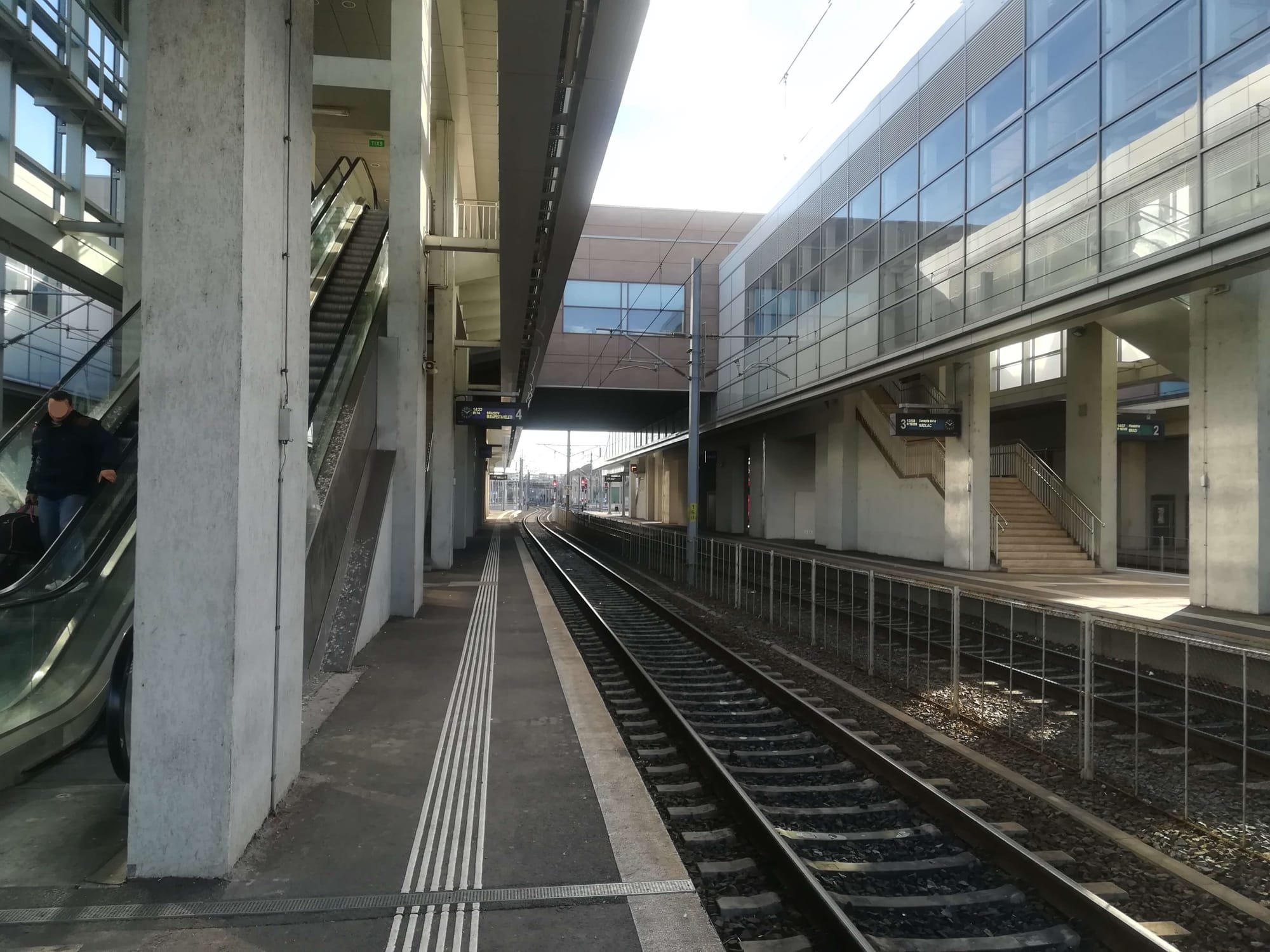